CONCEPT
A new concept of multi-residential complex reinventing the architecture rather than consolidating the preexisting style, thinking to the needs of society to be independent in vegetables production even in urban areas. This allowed people to follow a new strategy to be sustainable.
INFO
This new example of renovation building is an important example of the enrico muscioni uniqueness, originality of how to set the different design themes and to define the project process. With the goal of a general reorganization of the existing building architecture and its energy consumption, the project intervention is based on four specific points:
– The use of existing cubage not thus changing the urban load
– Reinvent the architecture generating a new internal refunctionalization and a contemporary architecture language
– The existing building’s transformation into energy passive building
– The extension of properties boundaries in the surrounding green areas to create private gardens to grow vegetables
The project provides a new rotation of the interior spaces designed to bring together the existing flats with the target to obtain 8 large size apartments (250sqm).
Externally, the goal is to eliminate the austere rigidity of the existing building making it free by its gravity. The project consists by a phisical clean-up removing the existing external accretions represented by the protrusions of the covering layers and the ornamental frames.
This action simplifies the existing shape.
The Next step is to create a new harmonic composition with a new misalignment of perimeter openings and with their increase of the illuminating surfaces for some of them. In this way born a new formal movement in the facade.
The new skin of the building is expected in local wood. Thinked as a continuous facades and roofing coating minimizing the material aspect and allowing the grafting of new insulating packages for the benefit of the energy performance. 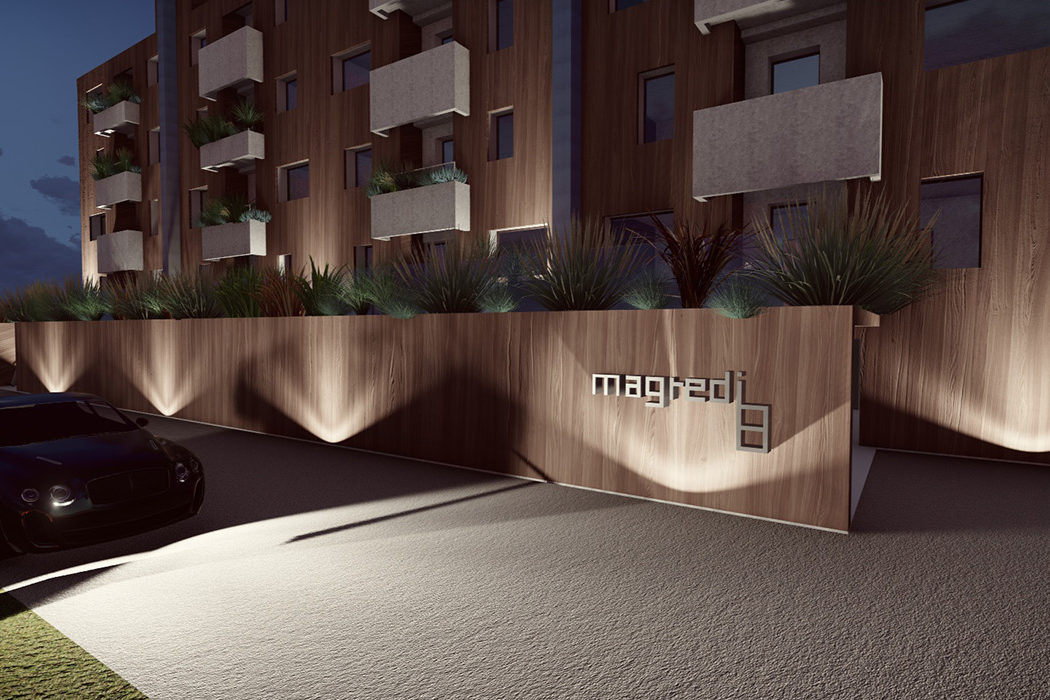 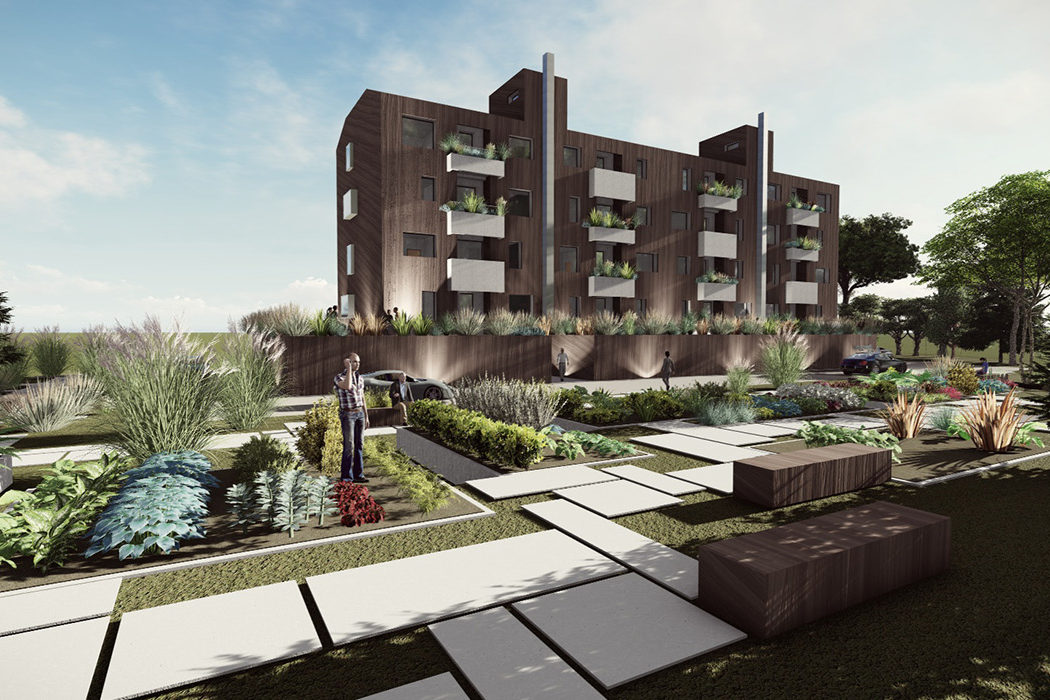 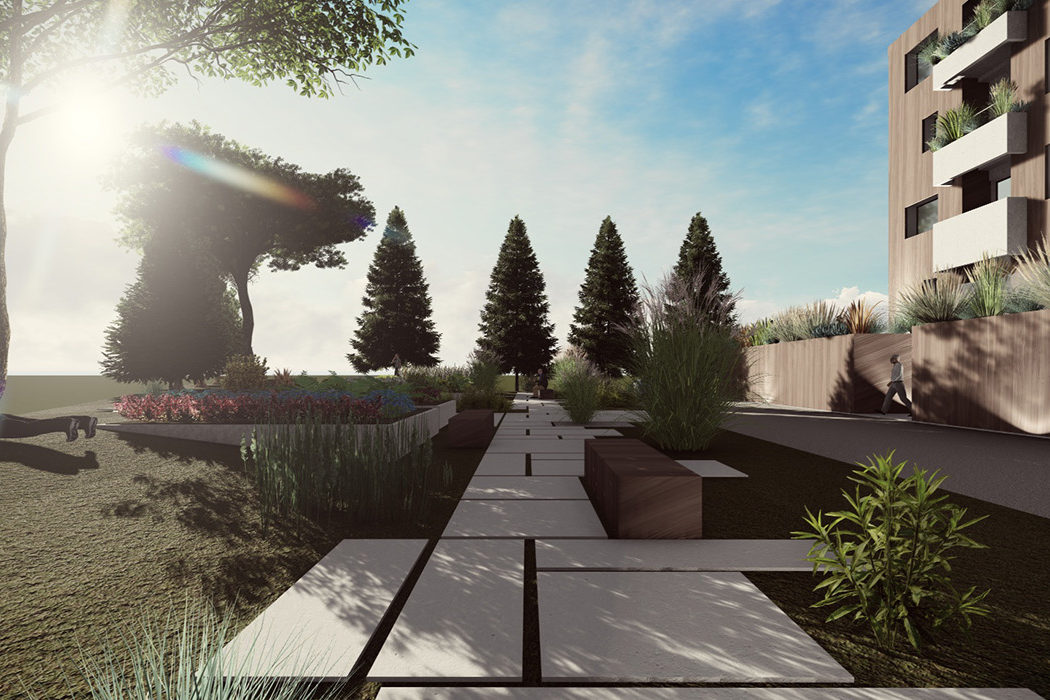 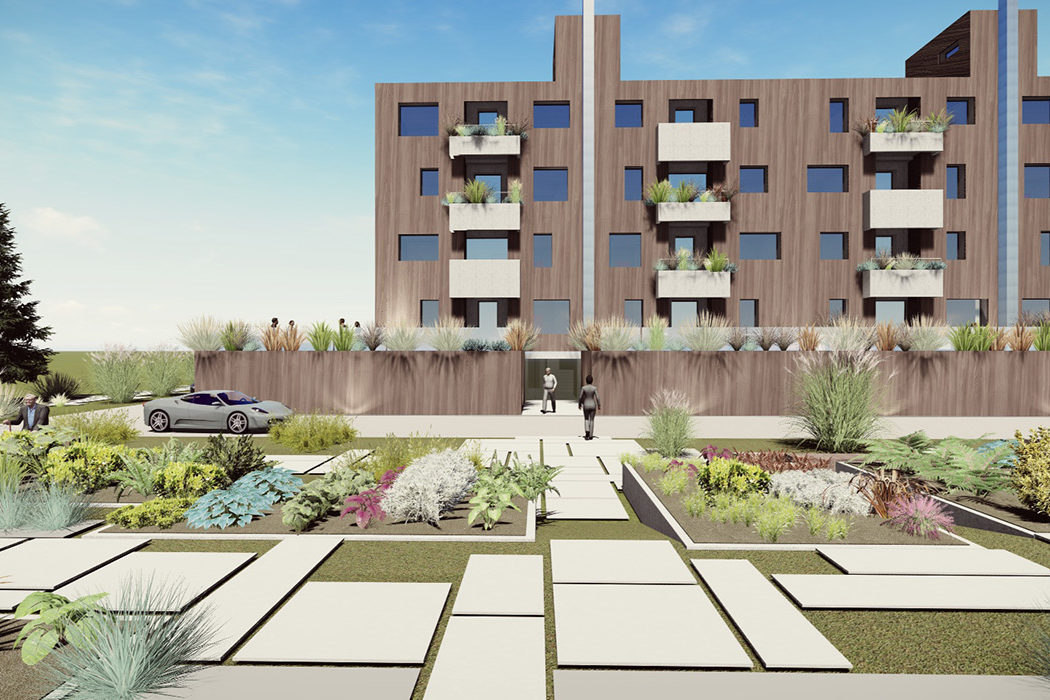 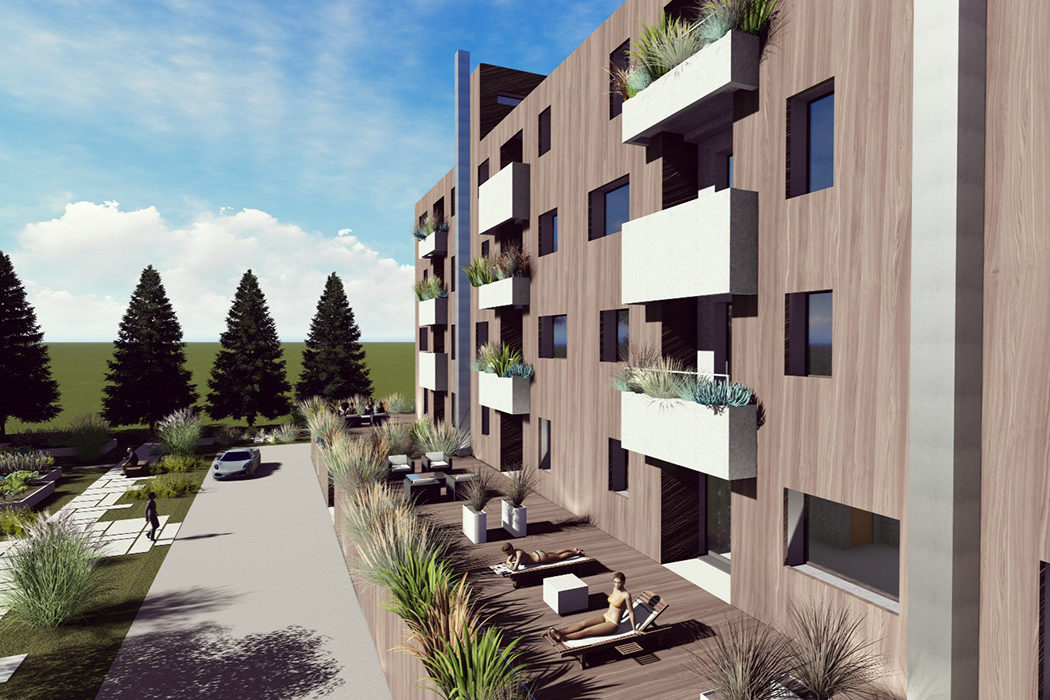 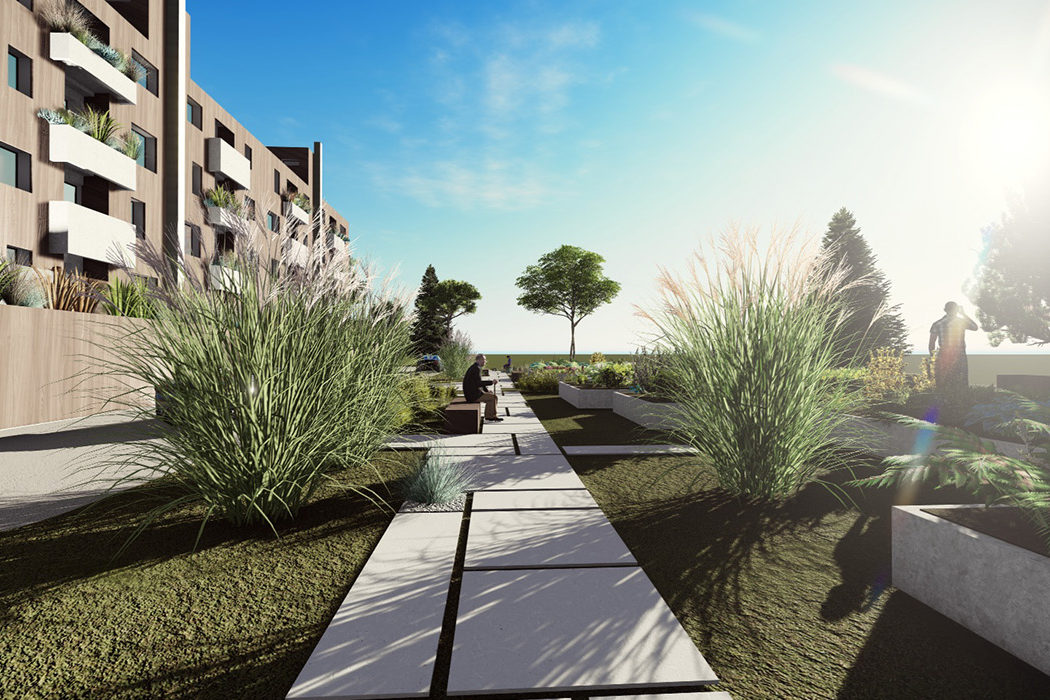 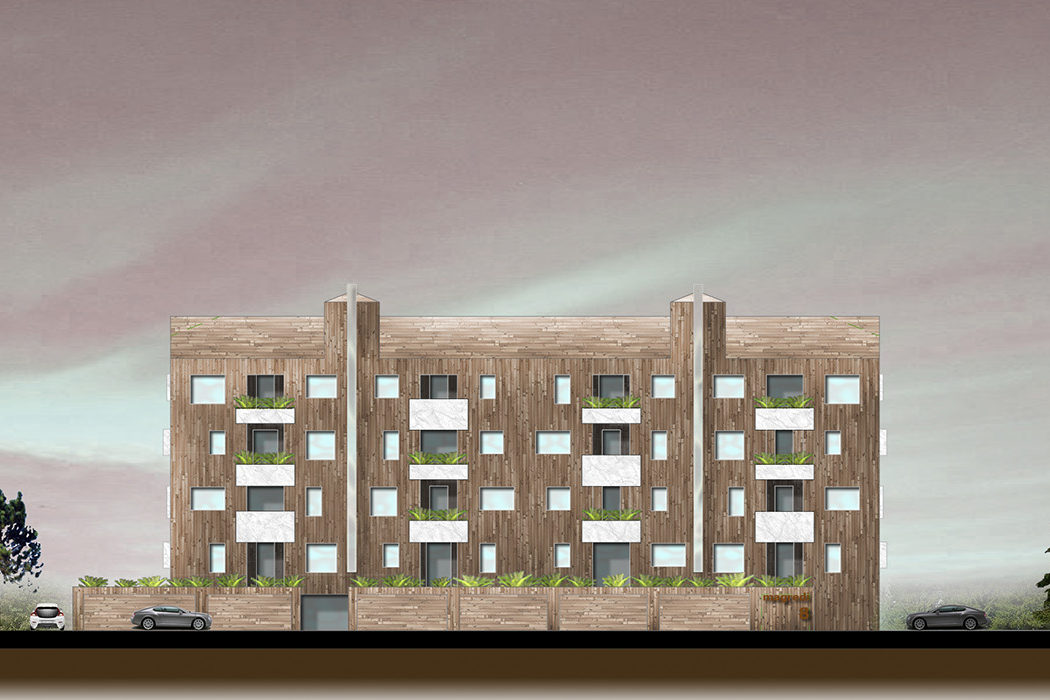 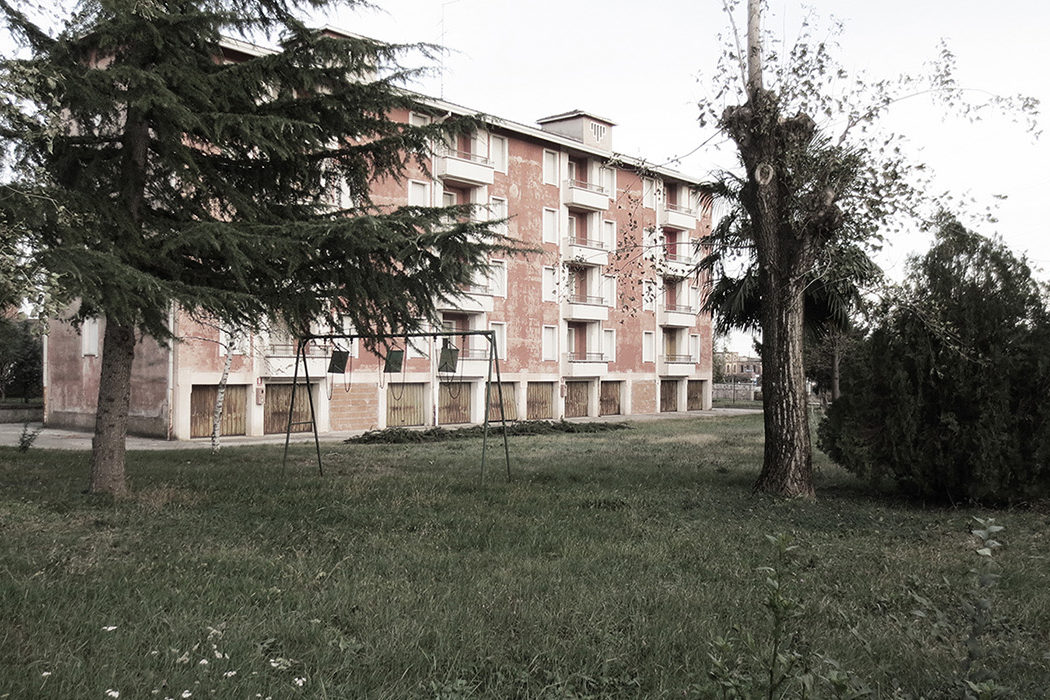