"The Fifth Element"_ Beirut House of Art and Culture

COCNEPT
The generating principle of the project recalls the concept of the ancient Lebanese myth of Baalbeck, in which the presence of huge megalithic blocks is justified as base on which god should descend from the sky.
“Planimetrically set out on the build-to line, are four stylised megaliths made of smoothed stone that scan plot 128, becoming imposing base on which a technological and mirroring chrome cube will fall, the Fifth Element, the new House of Culture of Beirut“
INFO

The project’s objective is to create a single intertwined floor plan system, from which a clear perception of “CONTRAST” noticeably arises both physically and formally in architectural language in the plant and in the usage of project materials. This choice is the result of the project’s willingness to translate in a formal way the historical essence of the city of Beirut, characterised by morphological and cultural contrasts. The “oppositions” and the “opposites“ since ever present in Beirut must and can live together
The uncompromising geometry that scans the project’s plan is translated into an unexpected volumetric complexity turned to highlighting an evident opposition of architectural language coming from the stiffness and purity of the external envelope lines marked by the four monolithic buildings and their organic cuts given by internal content lines. These elements, formally different and asymmetrical among themselves, like the cultures that live together in Beirut, will form together the base on which the central cube will be positioned. Thus, a system is born that mirrors its hosting society, a system where different situations become intercommunicating, functionally and physically co-operative among themselves. Thee architecture can become in this way testimony of democracy.

The project’s hypothesis is a building made of five different bodies. Four are positioned along the main sides of the area, taking 70% of the external envelope development. These plan’s elements identify external spaces creating a constant communicative relationship with the inner part. Entirely covered in local stone, they assume a monolithic aspect and they formally introduce themselves as being one different from another, in a summary and symbol of the different cultural origins of the people of Beirut. At the core of this system, suspended, an outstanding cube emerges, slightly distorted from the formal point of view.

IT IS THE FIFTH ELEMENT of the system. IT IS CULTURE.
A new Common House that is raised in Beirut after the difficult years of war, symbolically landing on its base like the god on the Triliton of the myth of Baalbek.
The theatre and the museum will be located in the inner space, the beating heart of the whole project, with the big sorting hall requested for its multiple functions.
The big cube is therefore supported by the four stone megaliths that convey through their physical diversity an important message of coexistence and peace and symbolise the various communities of Beirut, which sustain a new common culture. The unification of diversities will give birth to a “UNICUM”, that is one functional and rational system in which every space has its reason to exist, if conceived in its ensemble.

Beirut House of Art and Culture_ The Fifth Element 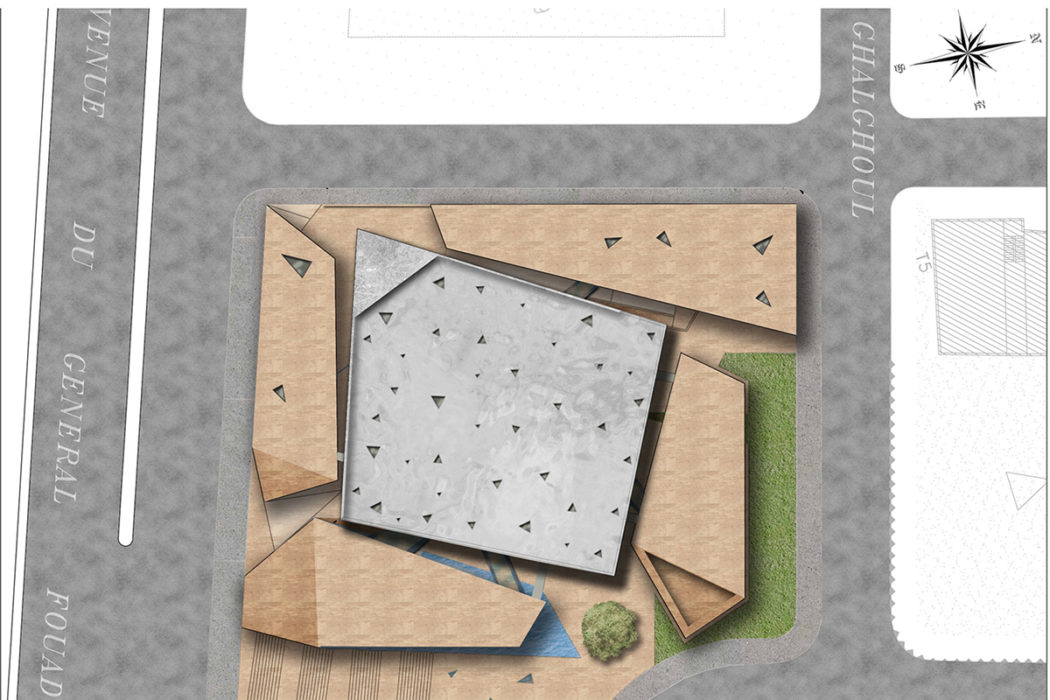 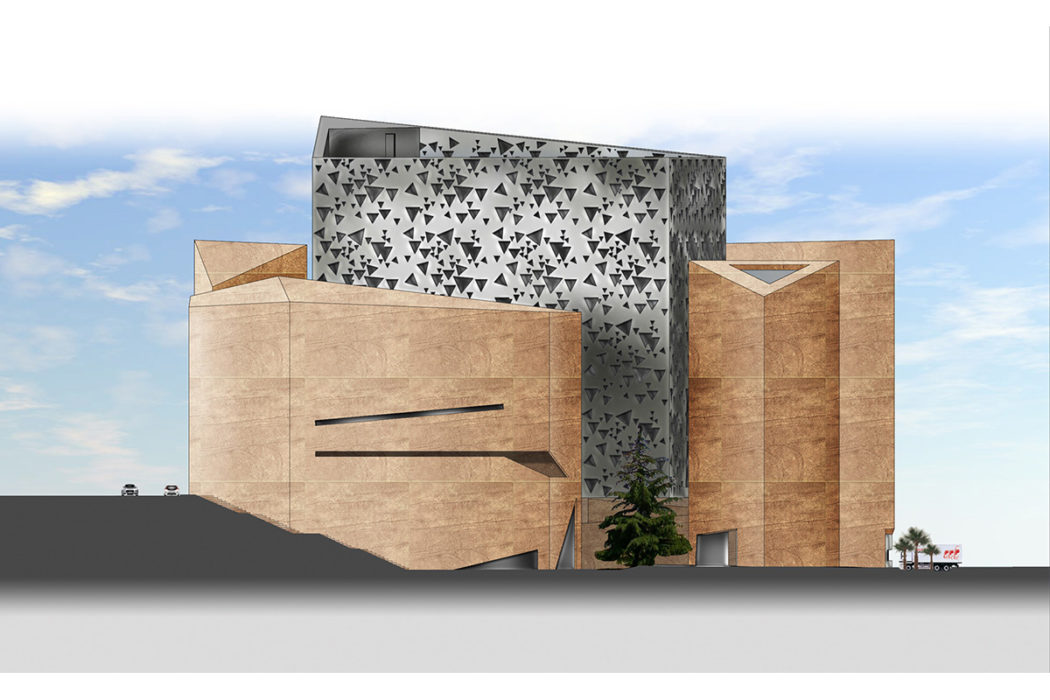 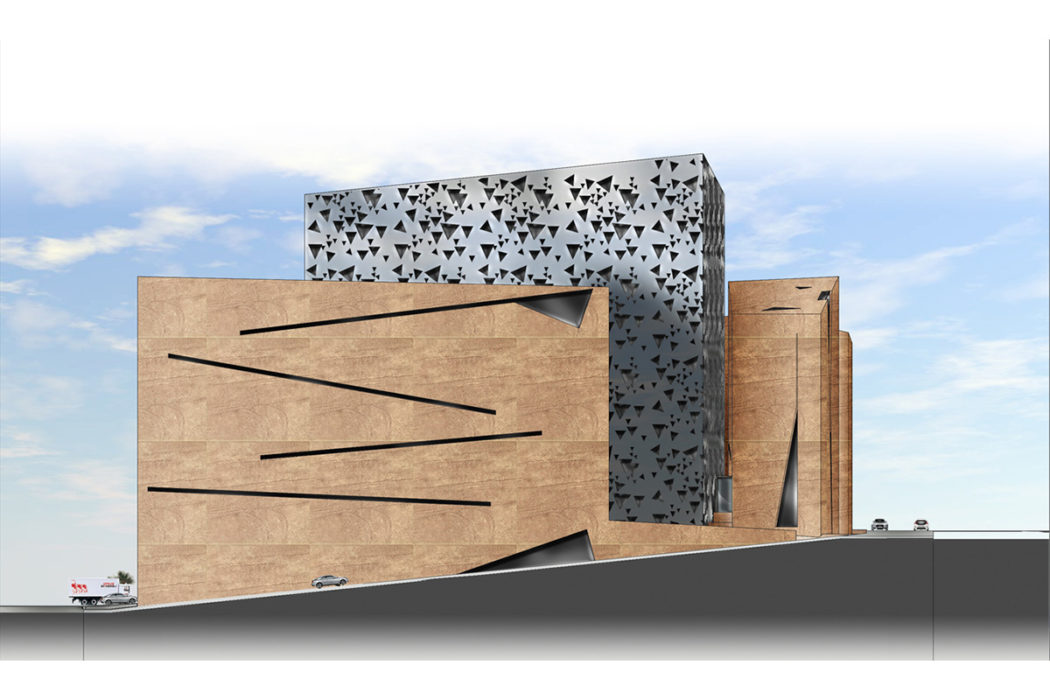 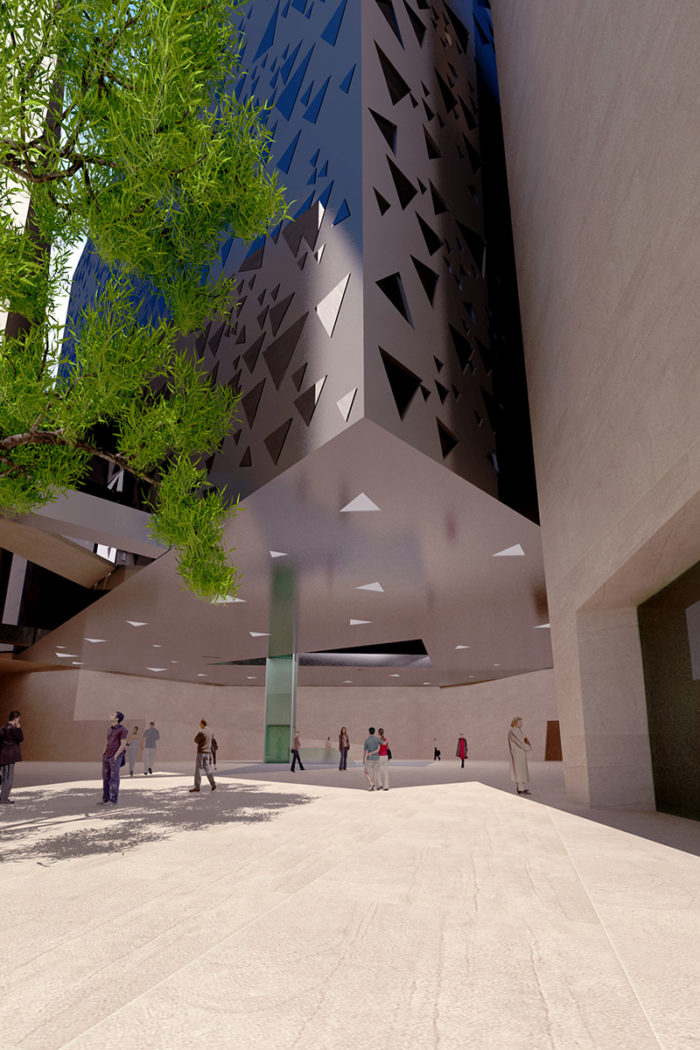 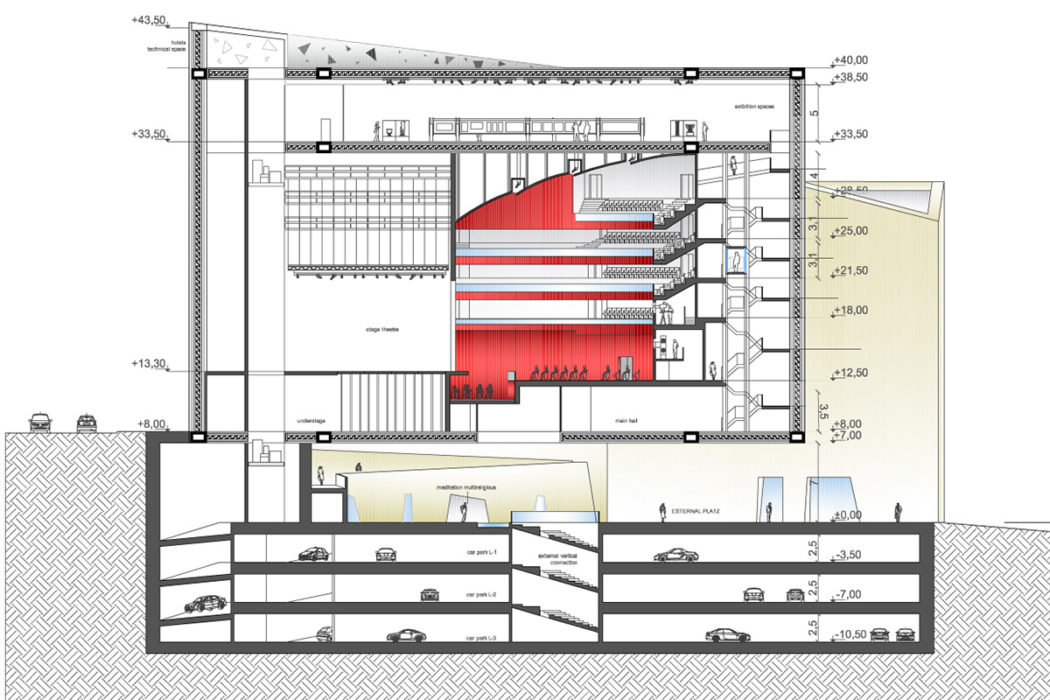