The project consists of a partial exterior intervention of the existing headquarter building with the aim to create a new and modern corporate image of the company and at the same time to eliminate the afternoon scale existing glass overheating.
The design gesture is synthesized by the new corten steel structure meant as new passive protection of the stairwell.
An independent exoskeleton is joined to the existing building becoming the new structural support to the finishing elements thinked as adjustable shading. A new organic opaque shape will become the new symbol of the renewal company combined with its new corporate identity. 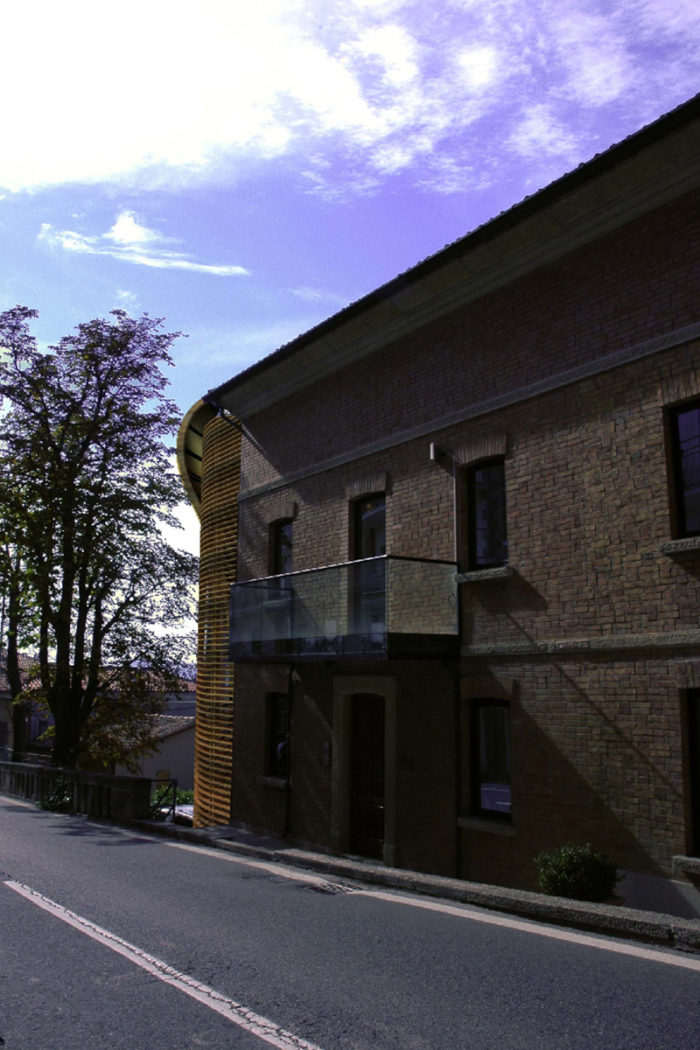 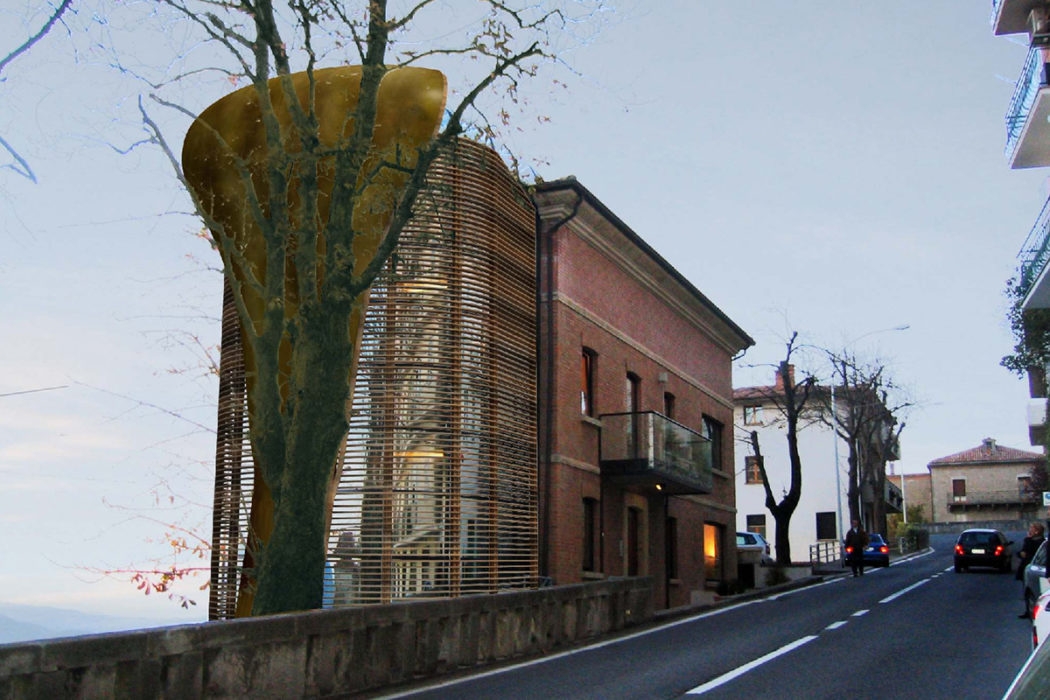 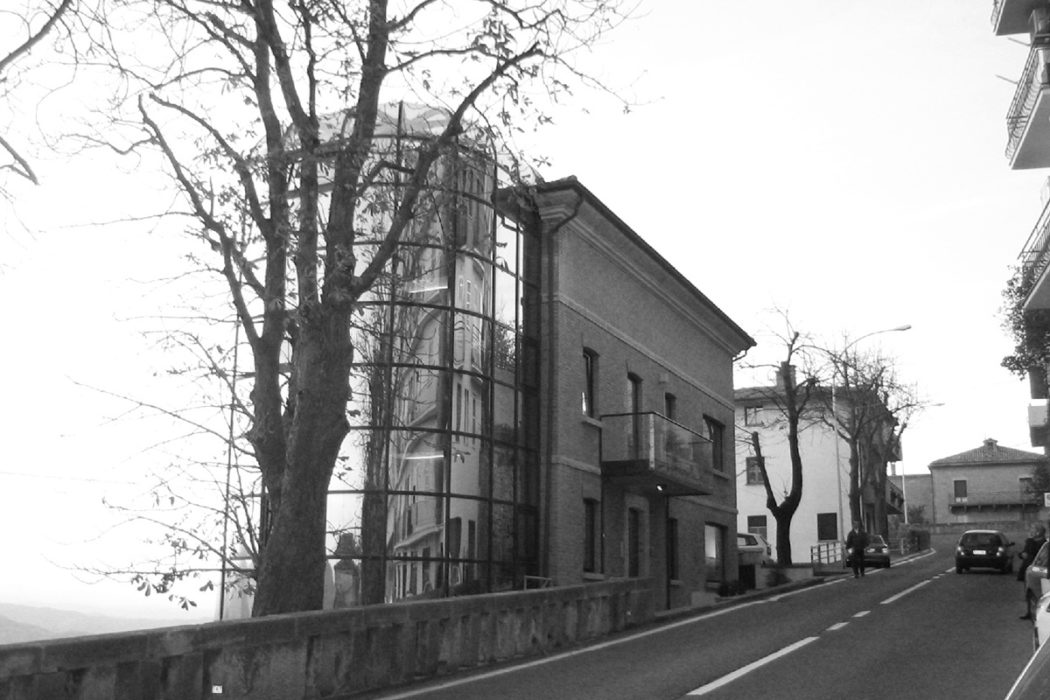 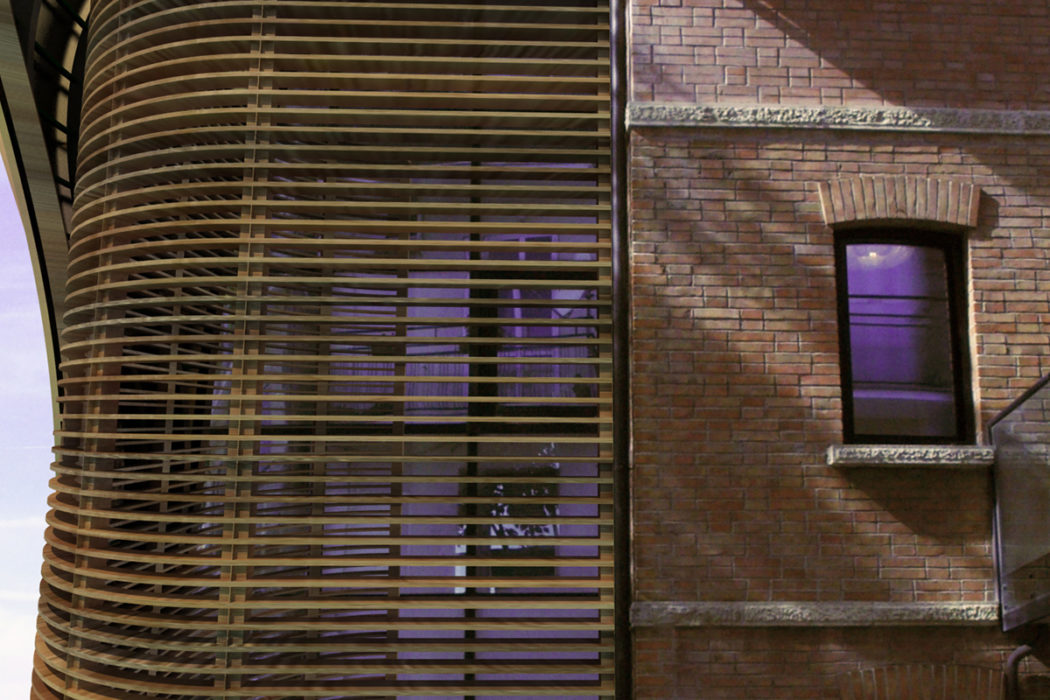