CONCEPT
To reinvent the architecture rather than consolidating a style… Sometimes this is the right way.

INFO
This example of renovation building is a prime example of the enrico muscioni uniqueness, originality of how to set the different design themes and to define the project process. With the ‘goal an overall readjustment of the existing architecture, the project intervention is based on three specific points:
– The use of existing cubage not thus changing the urban load
– The adjustment and structural lightening Property
– Reinvent the architecture generating a new internal refunctionalization
The design gesture is synthesized from a pragmatic intervention on the existing building which consists of the demolition of the roof and and the clean-up of external accretions building. This action reduces the building to a pure cubical form which is successively penetrated by a new organic form generating a formal contrast between the”old” and the “new”. In this way and also thanks to the rotation of the inner spaces the house undergoes a functional metamorphosis turning into a two family house.
The formal contrast that determines the boundary between old and new is deliberately emphasized by a material contrast with the choice of exterior wood cladding but also by the construction method. 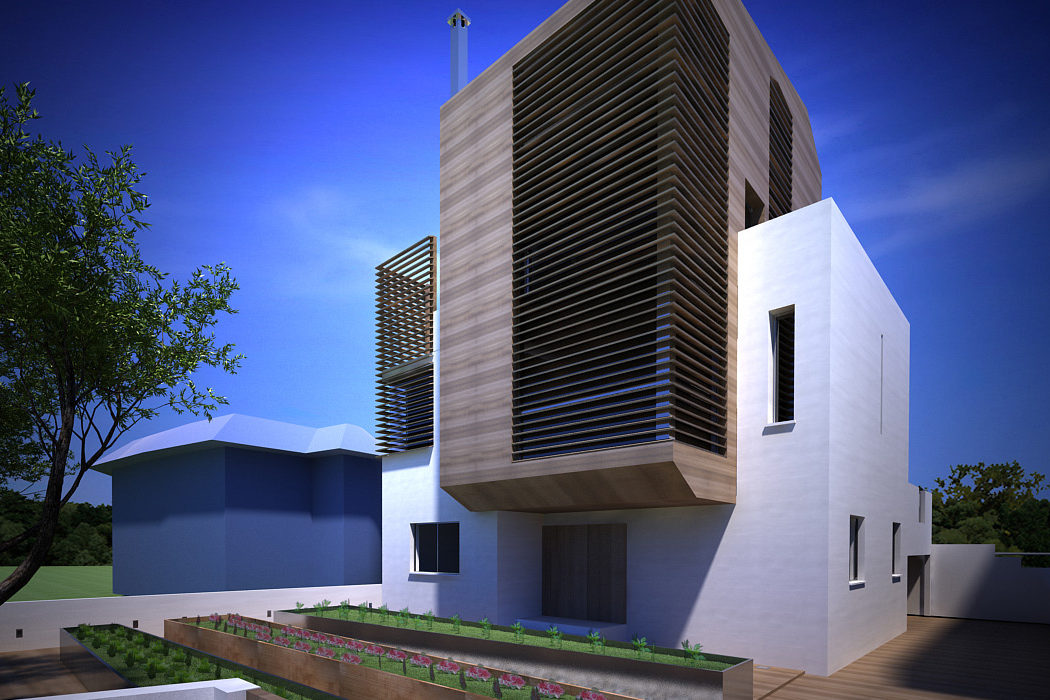 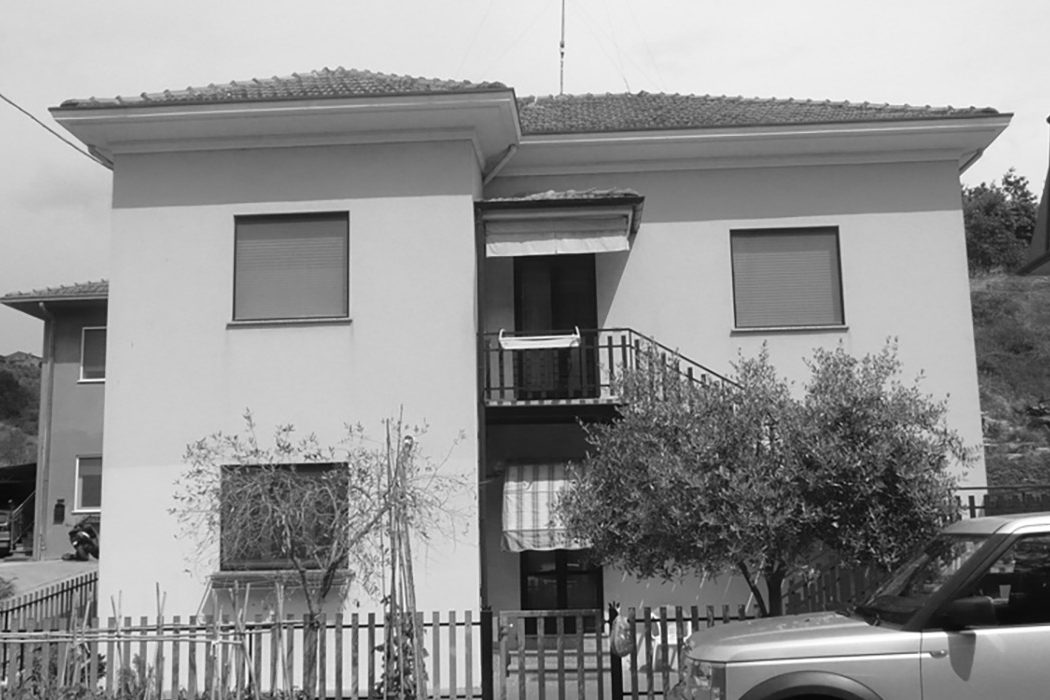